What is the best short throw projector: BenQ HT2150ST vs Optoma GT1080Darbee Review.

Projectors are one of those pieces of technology that have become increasingly affordable over the years. As these technologies improve (read more), the prices go down.

For projectors, throw is the amount of distance between a projection source and it’s screen (source). Depending on the throw distance, you might have a larger or smaller picture, or even a distortion in image. Short throw projectors are designed to a have very small throw distance so that you can have them very close to the screen they’re projecting on.

With that said, we’ll get into it. We’ll go over the features of each projector, how they perform and which one you should get for your home theater!

For both of these projectors we’d recommend a external home theater surround sound setup or soundbar. 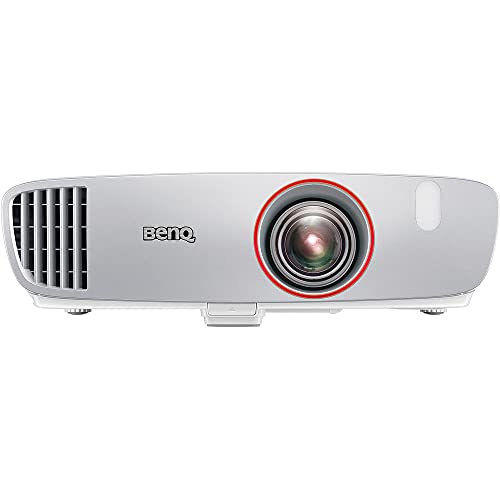 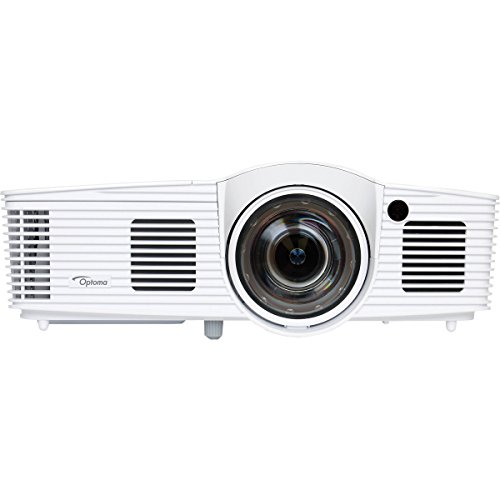 List Price:
New From:
Out of Stock
Buy from Amazon.com
CONTENTS:

Starting off with the features of the BenQ HT2150ST Short Throw Projector. Firstly, this is a native full HD 1080p projector. It can output 1080p at 2200 ANSI lumens with a 15000:1 contrast ratio. In addition, it has a 6x RGB color wheel that can deliver extremely rich and accurate colors.

There is also a very short throw distance of 3 feet for a 100-inch screen. This allows you to get a very large max projection image of 300-inches. For gaming, you get fairly low input lag and a game mode to ensure the smoothest performance.

BenQ offers a 3-year warranty on parts and labor to ensure that your projector won’t drop out on you. They also give you free United States based support when you need help!

Finally, BenQ uses DLP technology to get the sharpest image that you can out of this project. Along with DLP, they give you keystone correction and 1.2x zoom for easy setup. There are also two models to choose from: accurate color or high brightness.

As far as performance goes, the picture quality is phenomenal. Especially for the price, this projector is nothing short of exceptional. It has quality colors, great black levels, less RBE effect and a focus uniformity.

When using the BenQ HT2150ST with a proper projector screen, you won’t have any rainbowing, and the black levels are comparable to a modern TV. Additionally, with an approximate 120-140-inch image, the focus is extremely sharp and there isn’t any blurring in the corners.

For gaming, there isn’t much input lag (if any that can be detected). It is very similar to a modern 4K TV. With the DLP (Digital Light Processing), ghosting or blurring is virtually impossible.

As far as operating the projector is concerned, you can completely control the vertical keystone, gamma, color, contract and other color settings. If you’re someone who likes to customize your own settings, then this is definitely the projector for you. You also get several ports to connect pretty much any of your devices.

Next up is the Optoma GT1080Darbee Short Throw Projector. While this projector is a direct comparison to the BenQ, it does have a few newer models we should talk about.

There is a 4K 3800 Lumen model, and a 4K with HDR Laser 4200 Lumen model. Each of these models add a upgrade to the next and you should highly consider them if you are looking for a few steps above the base model. With that being said, we’ll do full reviews of each of those models, but in the meantime, know that the GT1080Darbee is a great value for the price right now.

For features, Optoma uses the Darbee Vision Image Processor for image-enhancement and detail improvement. The short throw lens can make a 120-inch image from just 4 feet away.

Additionally, there is a gaming mode that boasts response times of 16ms. It can be turned on with just a simple button and does make a difference in our testing. Also, you can get up to 144hz refresh rate for high-speed gaming. And, full 3D content is supported with flicker-free images.

As far as performance of the GT1080Darbee projector goes it is very good. For a short throw projector, you get a fair amount of image for only a 4 foot distance.

In the dark you can easily get a great picture that rivals or is better than a modern TV. In the daylight it is on the dim side, but most people won’t be using a projector in daylight. Even if you’re using this projector outside at night, you can still get an incredible picture.

You don’t have as many settings options as you do with the BenQ, but you can still adjust the important stuff; color, inputs, sound, media, and more. For positioning, you can shift the image around a few inches, and a zoom adjustment. Although you can adjust positioning, it doesn’t adjust the actual light from the projector, just the lens image (which can be annoying in some circumstances).

As far as setup goes, just take it out of the box, put batteries in the remote and plug in the projector. Then, you’re ready to go! It’s very simple to adjust where you want the image and should only take 15-30 minutes to get it completely set.

Finally, the GT1080Darbee does have some rainbow effect, but it is extremely slim. And, quite honestly if you aren’t looking for it you won’t even know it exists. I wouldn’t let that discourage you from this project (especially at a decent price).

In conclusion, when it comes to the BenQ HT2150ST vs Optoma GT1080Darbee, we would let you consider either project. They’re both great values for the amount of technology, quality and picture that you get. However, the BenQ HT2150 slightly edges out the GT1080Darbee.

It does have better colors, less rainbow effect, and better uniformity. You also get a wider range of adjustments as far as color, screen, and picture focus. The color wheel is 4x/6x speed, vs the RGBRGB 2x speed on the Optoma. When it comes to the corners there is a slight chromatic aberration in the Optoma whereas the BenQ has no such discolorations or blurriness.

Finally (a very small detail), but the remote on the BenQ is a lot better than the Optoma’s remote.

So… a lot of information, but for these projectors in an apples to apples comparison we’d give a slight edge to the BenQ. However, Optoma has since updated their projector line. They now have the GT1080HDR and GT1090HDR laser projector. These are very well-priced for their capabilities and features. So, if you want a slightly higher level projector than the GT1080Darbee or HT2150, then consider one of Optoma’s 4K HDR projectors.

For us, our choice would depend on the prices of each, and whatever one is on sale!