When it comes to the Best Bedroom Star Projector there is a lot of options you should consider. Do you want a laser projector? Or one that is a night light?

Well, today we’re going to be taking a look at some bedroom star projectors that look like the night sky, galaxies and even nebulas!

We have been using a galaxy star projector for a few years now and it is one of the most calming things ever. It really provides a sense of imagination and wonder before going to sleep. They also work great as night lights.

If you have been looking for a gift for someone, they also make great gifts! 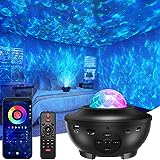 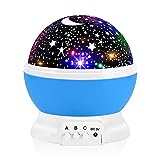 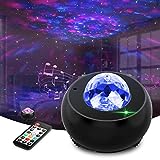 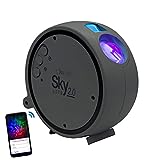 What Should You Look for in a Star Projector?

There are several features you should be looking for in a star projector.

Firstly, take into account how you control the projector; if it comes with a remote control or not. Also, how quiet it is, if you’re going to use it as a night light, then you’ll want your projector to be as quiet as possible.

You should also see what type of stars the projector displays. These can range from nebula clouds, stars, cosmos and galaxy. Typically stars are more pinpoint while nebula and galaxy projectors look like beautiful space clouds.

In addition, you should consider safety features that are present in star projectors. Especially with laser projectors so that they won’t damage your eyes if you look at it.

Finally, RGB lighting and color modes is important. Depending on how many patterns, colors and lighting modes there is will make your projector have different effects.

The PGG-Bro Star Projector Night Light is a great addition to any galaxy themed room setup. They use 10 color combinations for nebula cloud production along with 54 lighting effects for a star-filled sky.

In addition, you can adjust the speed, colors and brightness to your personal preference. There is also a built-in microphone that will flicker and sync the lights to the sound of music. It also has a Bluetooth speaker so that you can play music directly from the projector.

It comes with a remote control that can completely control all of the projector’s effects. You can also set a timer so that it can function as a night light.

The Eicaus Night Light Projector is a LED nebula cloud star projector with a remote control and built-in speaker.

In addition to a starry night sky, it also has an underwater oasis mode so that you can choose between relaxing scenes. You can use the included remote to choose color, brightness, and mode.

Eicaus also gives you a built-in music speaker so that you can connect your Bluetooth device and play music while trying to fall asleep. This is one of the best night light star projectors because the stars can change with the beat of the music.

Finally, you can use the remote to control the built-in auto-off timer, which can be set for 1, 2 or 4 hours. There is an included USB cable that powers the device and will work with a wall charger.

Next up is the LBell Night Light Projector. This is a galaxy star projector that uses an LED light to create nebula clouds. It also features a Bluetooth speaker for music or calming sounds.

Similar to Eiacus, LBell’s projector can either output a starry night or an ocean scene. It uses LED lights and up to 10 colors with 360 degree rotation to create an awesome display.

It includes a remote that works to control the projector completely. You can change lighting modes, use sound mode, adjust brightness, start motion and other important functions. There is also a 1 or 2 hour sleep timer.

The built-in speaker uses Bluetooth 5.2 to play your favorite music including lullaby music or meditation music whenever you have the starry night projector on. LBell also states that this projector is perfect for a party, as an ambience light, a night light or even DJ lighting.

Finally, you can use a power bank or outlet for power, so you have a lot of choices when it comes to portability.

The laser they use is a direct diode laser along with precision glass optics and holographic technology for an otherworldly experience. SKY Lite can instantly create a field of drifting stars with a transforming nebula cloud. You can also adjust through different lighting effects, adjust brightness or stop/start movement.

Although there isn’t a remote, there is built-in auto shutoff and the stars with the nebula are decently realistic. It definitely provides a sense of wonder, comfort and peace. The auto shutoff feature takes around 3-4 hours which is a good amount of time if you’re trying to fall asleep.

Finally, the BlissLights Sky Lite comes in either cobalt or green, which provides another level of customization for your home. 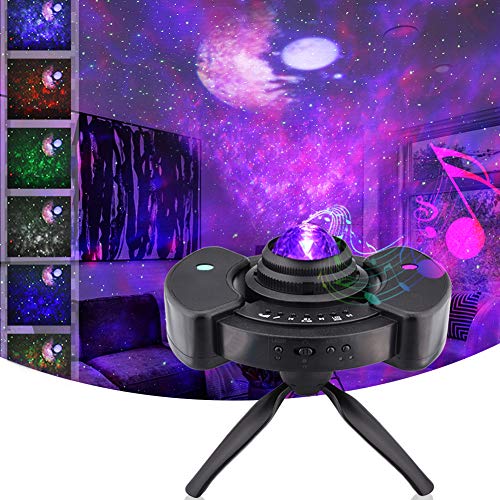 List Price:
New From:
Out of Stock
Buy from Amazon.com

The GOZYE Galaxy Projector is a bedroom star projector with one of the best features, WiFi. One of the coolest features of this projector is it’s ability to work with Amazon Alexa, Google Home and it’s own app. They also use a laser lighting system along with LED technology.

GOZYE’s app allows you to completely control the projector without getting up out of your bed. It also uses a super-quiet operating motor so that there is little to no noise. Additionally, it uses class 2 galaxy technology for the best star patterns and nebulas.

You have full control over the timing settings, color settings, brightness, and more. There is also a number of presets if you’re interested in different mood lighting such as; sleeping, party, romantic and relaxing.

Finally, you can mount the GOZYE star projector pretty much wherever you want. It can be placed either on your ceiling, a wall or just on a side table.

The HOKEKI LED Night Light Star Projector is one of the latest and most up-to-date star projectors. It uses LED technology to combine projections of the stars, moon and nebula clouds to make an awesome sight.

In addition, it can rotate the stars and clouds for a more realistic look. It uses either blue, green or red lights or a combination of all 3 for unique lighting effects.

It is also a great size for traveling and because it uses USB, it is easy to plug into a laptop or battery bank. Finally, the HOKEKI projector makes a great gift for kids or adults that love stars!

Next up is the LUCKKID Star Projector for Kids. This bedroom star projector is specifically designed for kids. It has 5 interchangeable films that each provide a different scene.

They include; happy birthday, magical planet, starry night, constellation, and undersea world. This allows you to completely customize exactly what the projector is showing.

It also has 6 different lighting effects including blue, yellow, white, sequential, slow fade and combination. There isn’t an included remote, but there is controls on the device itself.

The LUCKKID projector is a great gift for kids for Christmas or their birthday if they’re into space and galaxies.

While this isn’t the most complex of projectors, it definitely provides something that kids can use. Whether it is to help them go to bed or for entertainment, it’ll definitely get the job done.

So, as you can see, you don’t need to spend a ton of money to get one of the Best Bedroom Star Projectors. Whether you’re looking for a night light or just something to help you relax, you’ll be able to use one of them.

If you’re interested in space, star projectors are one of the best things you can get for your room!